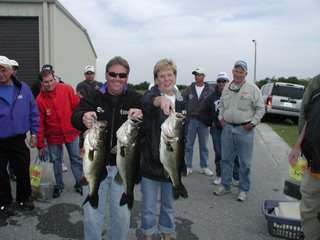 November 20., 2006
Yesterday the Nascar season ended and today we went fishing with Ryan Newman and member of his team. We had 13 boats of anglers that went fishing for big bass with shiners, 3 bass over 18 inches could be kept and heaviest weight was the winner! I fished with Rob and Michelle Croom , 2 great people! We had a lot of laughs and caught a lot of fish, Our 3 fish weighed in at 21 pounds and 4 ounces, good enough for second place. The picture below is Ryan and Kristie Newman and Pro Koby Kreiger, they weighed in 15 pounds. A great time was had by everyone with lots of big fish caught. After weighing in we had luch at Northlake Marine Ranger in LakePort. 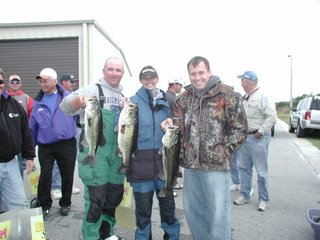 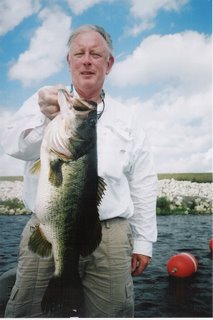 I fished with lifelong friends Bill Allen from Stuart and Bill Harrison from New Mexico. We caught 27 bass on wild shiners and had a great time, Bill Allen caught this 9 3/4 pound giant Okeechobee Bass, she was full of roe looking for a place to spawn, so we took pictures of her and weighed her and than released her to spawn and be caught another day.

November 14, 2006
I fished with Bob Williams from Pembroke Pines today. Bob called me to talke about the 2007 Ranger Bass boats, and we ended up going fishing, putting our 2007 Ranger 521 thru its paces, we ran about 60 miles today just looking for some new areas to fish. We caught 21 fish for the day on artificial baits, trick worms, speed worms flukes and a carolina rig worm senko. Bob seemed very impressed with our new boat and was eager to go to the Ranger dealer to pick out his new boat. We had a great day fishing and catching bass! 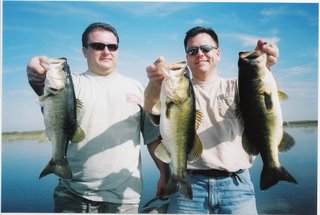 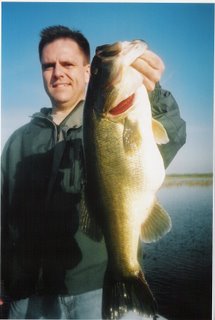 November 12, 2006
I fished with Steve and Leo Doire from Mansfield Mass. today. These 2 avid fishermen know how to have fun! We had a great time and caught a lot of fish! We spent the day shiner fishing and caught 31 bass. We had five that weighed over 5 pounds, Steve caught the big fish of the day a fat 7 pound female. 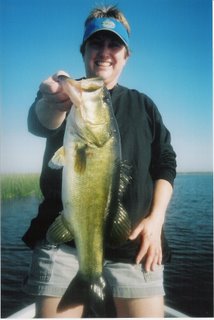 November 10, 2006- I fished with Judy Chapman today, it was Judy’s first trip to Lake Okeechobee and her first time bass fishing. She caught 16 bass in a half day of shiner fishing and had a great day! 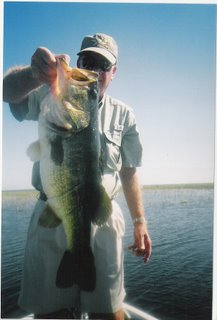 November 9, 2006
There were 9 boats of guides that fished today! We each had 2 members of a fishing club from Bonita Springs. My 2 members were Lindsey Vote & Gary Richmond. We kicked butt! Our 3 biggest fish weighed over 26 pounds. From the top down the fish weighed 8.83 pounds and was caught by Gary Richmond, the next fish weighed 7 pounds caught by Lindsey Vote, and the 3rd fish a 10 1/2 pound giant was also caught by Lindsey.
All of the fish were caught on live wild shiners. 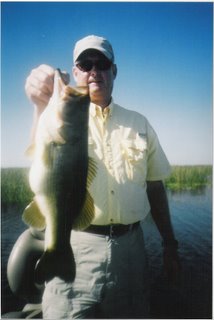 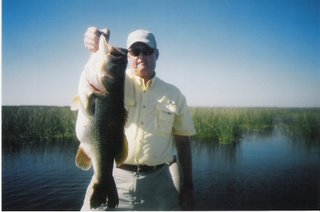 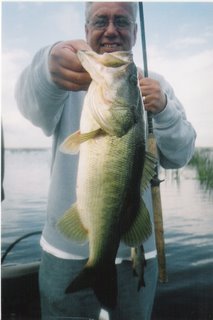 November 8, 2006- I fished with George Minix from Indianapolis and his 2 sons, we fished half a day and caught 17 bass, George had the big fish, a nice 7 pounder! 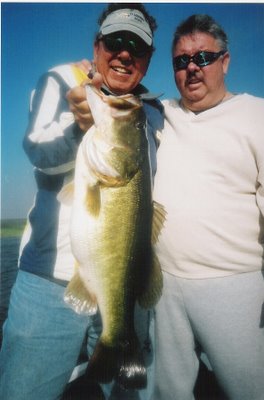 In my 20 plus years of fishing Lake Okeechobee, I have learned that the first wave of big pre-spawn females will usually show up around the middle of October. This year was no different! We started catching big bass around the 14th of October, Kenny Wertich caught an 8 pound fish that got the big fish fall season under way, Carolyn Lipes and Stuart Sabol both caught big fish right after that as did Scott Fowle. Bill Miller caught the first Okeechobee giant over ten pounds a couple of weeks ago and this week Joe Corrado kept it going with another ten pound fish! 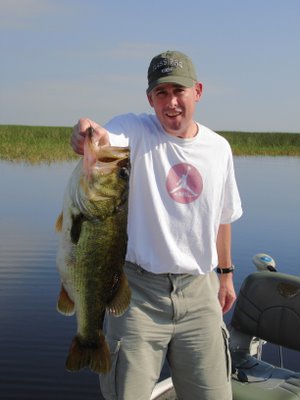